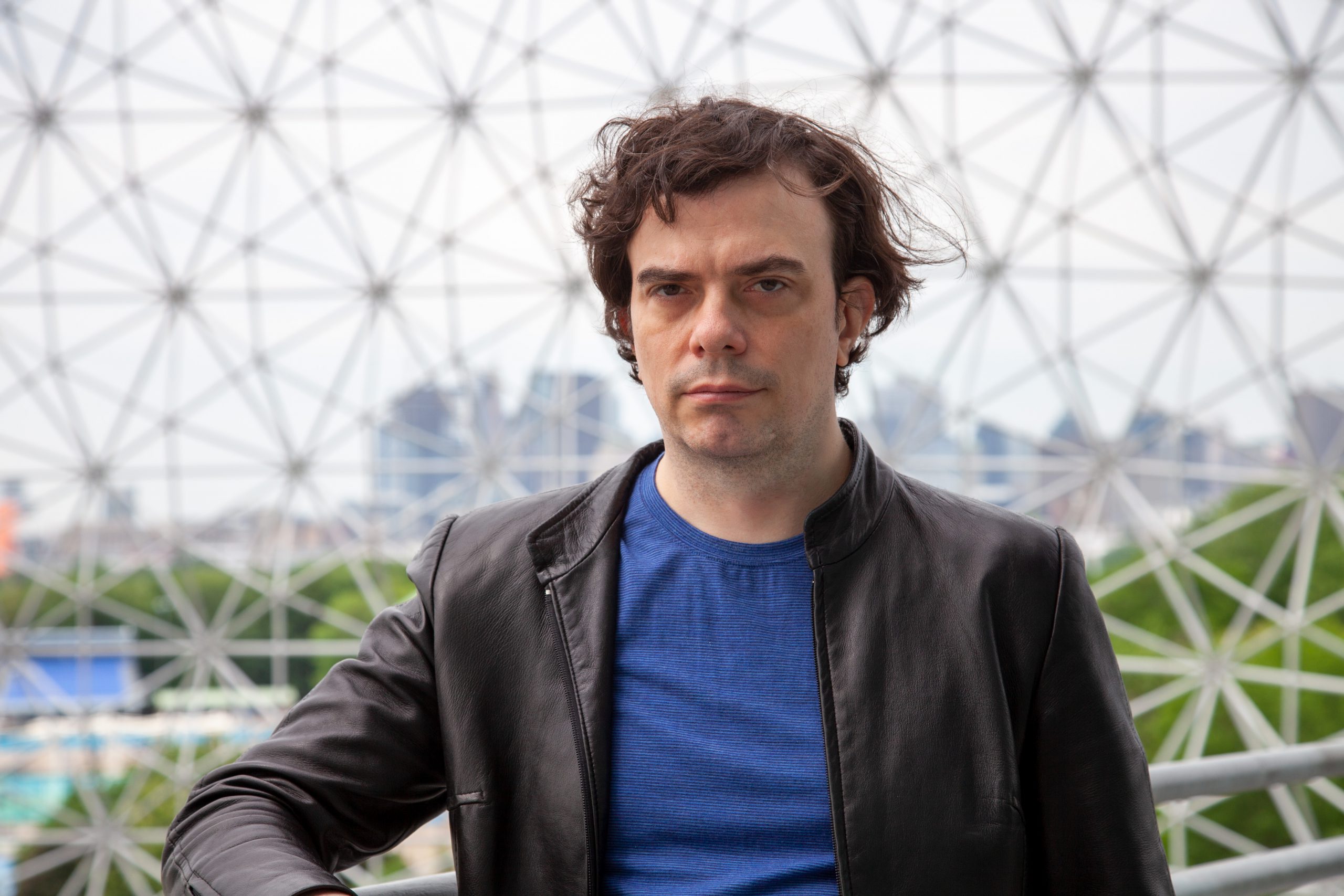 Darcy James Argue, “one of the top big band composers of our time”(Stereophile), is best known for Secret Society, an 18-piece group “renowned in the jazz world” (New York Times). Argue brings an outwardly anachronistic ensemble into the 21st century through his “ability to combine his love of jazz’s past with more contemporary sonics” and is celebrated as “a syncretic creator who avoids obvious imitation” (Pitchfork).

Acclaimed as an “innovative composer, arranger, and big band leader” by The New Yorker, Argue’s accolades include multiple GRAMMY nominations and a Latin GRAMMY Award, a Guggenheim Fellowship, a Doris Duke Artist Award, and countless commissions and fellowships. His prescient 2016 Real Enemies, an album-length exploration of the politics of paranoia, was named one of the 20 best jazz albums of the decade by Stereogum. Like Real Enemies, Argue’s previous recordings — his debut Infernal Machines and his follow-up, Brooklyn Babylon — were nominated for both GRAMMY and JUNO awards.

The long-awaited fourth Secret Society album, Dynamic Maximum Tension, coming in 2023, is named after the three words that inventor and futurist R. Buckminster Fuller combined to form his personal brand: “Dymaxion” — a term reflecting Bucky’s desire to get the most out of his materials, the utopian vision of his designs, and his quest to improve the pattern of daily life. In composing the music for this recording, Argue found optimism and creative renewal in Fuller’s extraordinary prescience as an early proponent of wind and wave power, and in his timelessly futuristic designs inspired by the geometry of the natural world.

Argue has been named Composer of the Year and Secret Society named Big Band of the Year by the DownBeat International Critics Poll. He has been commissioned by the MAP Fund, the Fromm Music Foundation, the Newport Festival Foundation, the Jerome Foundation, BAM, and the Jazz Gallery, as well as ensembles including the Danish Radio Big Band, the Canadian National Jazz Orchestra, NYO Jazz, the Hard Rubber Orchestra, the West Point Jazz Knights, and the Orquestra Jazz de Matosinhos. He is the recipient of grants and fellowships from the New York Foundation for the Arts, New Music USA, Composers Now, the Mid Atlantic Arts Foundation, the Aaron Copland Fund for Music, the Canada Council for the Arts, and MacDowell.